Mishnah Yomis or "The Daily Study of the Mishnah" refers to the Torah study cycle in which two Mishnayos (brief collections of rulings dealing with the Oral Law) are learned every day. The cycle was started in 1944 by Rabbi Yonah Shtentzel.

Rav Shtentzel, born in Sosnowiecz, Poland, moved to Tel Aviv in 1935. His goal in creating the Mishnah Yomis cycle was to memorialize the six million Jews who were killed in the Holocaust through the global study of Mishnah. His study cycle also provides a realistic way for even a simple, working Jew to familiarize himself with the six orders of the Mishnah, upon which the Jewish system of law is based. In just 6 years, even a layman can learn the entire set of 4,192 Mishnayos. The 12th and most recent Mishnah Yomis cycle began on 22 Tamuz 5770 (July 4, 2010). 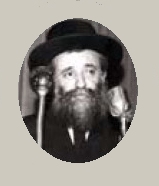 Give it a try now! With the clear and consice recordings of Rabbi Elimelech Kornfeld from Ramat Beit Shemesh, you can learn two Mishnayos in about 7.5 mins. Click the first link below to access this week's recordings. The other links are to Hebrew pamphlets prepared by מפעל ללימוד המשנה וההלכה יומית for encouraging the study of Mishnah Yomis.

CHIZUK FOR
THE NEW CYCLE